FROM COAL TO NO-COAL….THE RISE OF A COAL-FREE NATION

Coal has been used as a heat source since the Roman era. Since then we have increased our reliance on this fossil fuel, until the early/mid 20th century when it finally started to decline. Today coal use is a fraction of what it used to be, and for good reason. It’s non-renewable and it’s polluting. Only recently UK power stations went for 125 hours without using any coal. This is a first since 1882, when the worlds first coal-fired power station opened in London. The subsequent 137 years that followed we have been dependant on coal.

Throughout the 19th century and first half of the 20th century coal was a dominant energy source. In 1900 it supplied over 95% of demand. By 1950 this figure was around 90%. By 1970 coal still accounted for almost half of the UK’s energy. Today coal accounts for less than 5% of energy.

Coal was often the cause, or at least, a key instigator in smogs, which occurred with regular frequency in London, when coal was in regular use as a heating fuel. The Great Smog of 1952 was a result of windless conditions, a period of very cold weather, and the use of coal fires in homes. This smog lasted around 5 days in early December of that year. Over 4,000 people died as a direct result of the smog, and over 100,000 were made ill. The impact of this smog gave rise to the Clean Air Act of 1956, which aimed to tackle such terrible events ever happening again.

By the mid 20th century coal’s days were numbered….

The Coal Age is coming to an end….

The government have committed to totally ending coal supplies as a power source by 2025, in a move towards a much cleaner environment. Renewable power is taking a more prevalent role than ever before. In light of climate change, action needs to be taken. We are the first generation that is aware of the damage client change can and will cause, and the last generation that can do anything about it.

Learn more about our commitment to renewable and sustainable heating with our range of Ecodesign Ready Stoves.

Play MYB Casino. Bonza Spins. The United States is not among the countries that allow online gambling , and while the states we mentioned have a couple of online casinos, they are quite poor in terms of content. These progressive games feature jackpots that increase as more bets are placed in them and the progressive totals go unclaimed. However, keep in mind that they lower the expected RTP percentage, which will cost you funds, in the long run. One is no longer required to leave their home whenever they feel like placing a bet or two on their favorite casino game. The types of bonuses available at most online casinos include sign up bonus, reload bonus, cash back bonus, and special payment method option.

Play Now. Will it be red or black? Odd or even? The anticipation is exhilarating! Live out your wildest dreams of hitting it big on our colorful video slots. 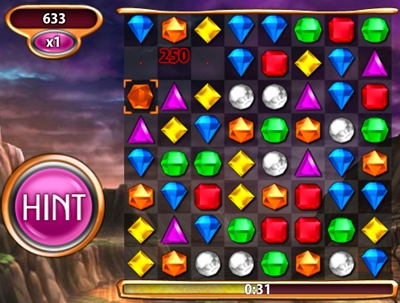 You should expect casinos to request ID documents and a proof of address when you deposit. The high payout casinos require you to wager a lower sum. Red Stag Casino is secured with SSL encryption and has undergone several independent audits where it proved its reliability. Winnings from staked bonuses paid as cash. Register and take advantage of this amazing offer https://www.theguardian.com/society/2019/nov/03/call-for-radical-overhaul-of-online-casinos-after-far-reaching-inquiry now. Play Now.

And display transparent terms, conditions and wagering requirements. Royal Vegas. Banks that process payments associated with online gambling South Africa, internet service providers and mass media, that are involved in advertising, are affected by the law as well. This program involves filling out some forms, providing a photo ID, and voluntarily requesting one-year, five-year or lifetime exclusion https://casinoonline.casino/. There are thousands of titles available, with every theme imaginable. It’s not easy to win real money gambling online, and you always need to be aware of the fact that, in the long run, the house always wins. We have purposely designed this online casino guide with US players in mind.

Furthermore, the casino prepares various promotions for players such as daily bonuses with free spins or weekly rewards. AU Slots Casino. The list below represents the top Australian online casinos that https://newcasinos-ie.com we have reviewed and recommended. If you enjoy this information, feel free to share it with friends who could benefit from it. Live Dealer Casinos. For players who do not want to be tied to playthrough commitments, no wagering offers are the better option.

Check whether you can withdraw the free cash or whether it is only for play with the winnings withdrawable. Blackjack is the single most popular card game at online casinos. The reason for that is that they are linked over numerous games, countries and some of the best casino sites. It is also the home of the new Immortal Creatures game. PlayFrank Casino. The latter is integrated with the Rivers Pittsburgh online sportsbook that carries the same BetRivers name.

This offer is exclusive to NJ players at our award-winning online casino. Is online blackjack a scam, rigged or fair? Casino games come in different flavors and appeal to a different audience, based on experience,… See more.