Today the government published their 2019 Clean Air Strategy. As a business that is focused on efficient, environmentally friendly ways to heat a home, we are always very interested in such publications, especially what they are doing or intend to do with regards the burning of wood.

Currently there has been too much misleading information in the press, surrounding the burning of wood. This has mostly been about conveying inaccurate information, namely “burning wood is bad”, and failing to separate the huge differences in bad wood burning practises, such as using open fires and burning unseasoned wood, compared to good practises, such as using ultra high efficiency Ecodesign Ready wood burning stoves, and burning correctly seasoned wood.

It is estimated that the actions outlined in this Clean Air Strategy, which the government have quoted, could reduce the costs of air pollution to society by £1.7bn each year by 2020, increasing to a staggering £5.3bn every year from 2030.

Chapter 6 in the new Clean Air Strategy is of specific interest to us. Here they talk about actions to reduce emissions at home. In this key chapter, they make reference to:
.

Part of the Clean Air Strategy focuses on the development of a new Environment Bill, which will make changes to smoke control legislation much easier to enforce. Further to this, consideration is being placed on giving powers to Local Authorities to go further in areas of high pollution, specifically looking at increasing the rate of upgrades of inefficient and polluting heat, such as the use of old stoves, open fires and also inefficient gas and electric appliances.

Not all forms of domestic burning pollute equally:

A direct quote taken from this Clean Air Strategy:

“Not all forms of domestic burning are equally polluting. The appliance (for example, stove or fireplace), how well it is used and maintained, and what fuels are burnt in it, all make a big difference to how much pollution is produced. Significant air quality benefits can be realised through a new efficient appliance as compared with an old stove or open fire.”

Moving forwards it will be great if this thinking, which separates out different types of burning, is considered when the media in general talks about pollution – and not unfairly taring all with the same brush.

It was very encouraging to read that the government are working with industry bodies such as HETAS and SIA (Stove Industry Alliance) on a dedicated campaign to inform retailers of both Ready to Burn and Ecodesign Ready initiatives. This will provide a great opportunity for us to reinforce and amplify our message around these crucial initiatives.

We will keep you posted as to further developments as they happen. 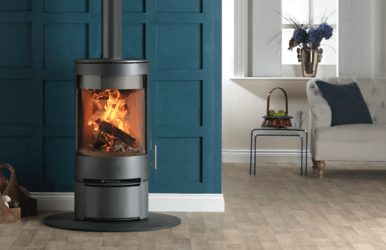